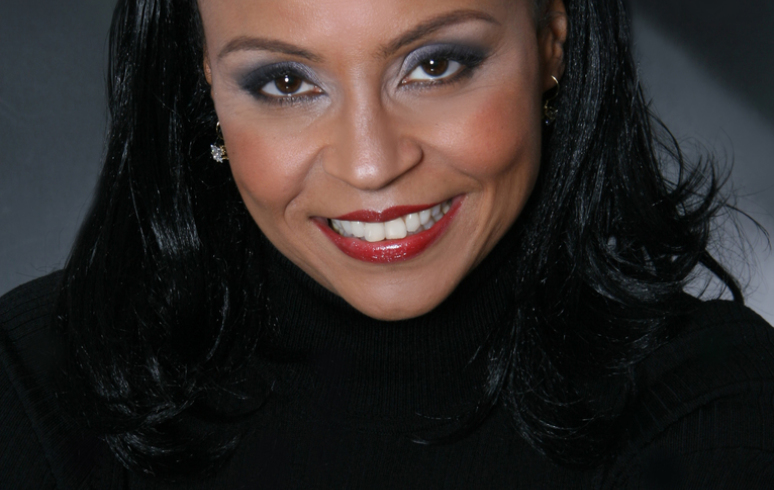 Born in London, Morenike Fadayomi was raised in London, Nigeria, and Switzerland. After completing her Dance Education at the Colombo Dance Factory in Zürich, she took up her Classical Vocal Training by her Professor Mag. U.Preier-Raunacher in Vienna.

Since August 1997 she is a Soloist at the Deutsche Oper am Rhein, Düsseldorf (Germany)

In July 2002 she was a Soloist at the prestigious Festival Aix en Provence in the World Premier of Peter Eötvös Opera Le Balcon. Having gained a reputation as a talented Singing-Actress, she was chosen for the World Premier in Vienna March 2003 of another contemporary Composer Franz Kogelmann for the Opera Fear Death by Water.

Also a most sought after performer of the Role of BESS from Gershwins Opera Porgy and Bess in 2010 she completed a return engagement with the Washington National Opera after having premiered there as BESS in 2005, after which she was engaged by Placido Domingo to repeat her success at the Los Angeles Opera in 2007 and the Chacago Lyric Opera in 2008.

In 2011 she sang the title Role of Salome at the Komische Oper Berlin, at the Volksoper Vienna and at the Deutsche Oper am Rhein, Düsseldorf. In Düsseldorfs season 2013/2014 she has been performing the Roles of Tosca (Puccini, Tosca), Chyrosothemis (Strauss, Elektra), and has made her debut as Norma (Bellini, Norma), and also performed the Role of Wally (Catalani, La Wally), at the Grand Theatre de Geneve, a role she also premiered 2005 at the Deutsche Oper am Rhein Düsseldorf.

The season 2014/2015 she sang the premier of a new production of Aida (Verdi, Aida), and also performed the roles of Tosca (Puccini, Tosca), and Georgetta (Puccini, Tabarro) in Düsseldorf. She also premiered the Role of Renata from the Opera Prokofjiev, The Fiery Angel at the Antonin Dvorak Theatre in Ostrava and at the Teatro Colon in Buenos Aires. And with the Barkheimer Tour (Harlem Opera) she again performed the Role of BESS in the Opera Houses in  'Geneva, Breda (Festival) Amsterdam and Toulouse.

In the season 2015/2016 she again  performed  the Roles of Aida (Verdi, Aida), Tosca (Puccini, Tosca), Georgetta (Puccini, Tabarro) and also Giulietta (Offenbach, Tales of Hoffmann), the role of Abigaille (Verdi, Nabucco) at the Antonin Dvorak Theater in Ostrava and the Role of Norma (Bellini, Norma) at the Stadttheater Luzern.

In the season 2016/2017 she sang  her first TURANDOT (Puccini, Turandot) at the Stadttheater Chemnitz and also at the Deutsche Oper am Rhein, where sie  also sang AIDA, (Verdi, Aida), TOSCA ( Puccini, Tosca), SENTA (Wagner Flying Dutchman),  the WITCH (Humperdinck, Hänsel and Gretel) and also the Petite Messe Solennelle from Rossini in cooperation with the Ballet of the Deutsche Oper am Rhein. She also performed the role of  KUNDRY (Wagner, Parsifal) with the Stdttheater Chemnitz.

In the Season 2017/2018  she again performed the Role of Turandot (Puccini, Turandot)  at the Deutsche Oper am Rhein along with the Roles:  Georgetta (Puccini, Trittico) , Giulietta (Offenbach, Hoffmann),  The Witch (Humperdinck, Hänsel),  Tosca (Puccini, Tosca) ,  Senta (Wagner, Flying Dutchmann), and she also made her  Debut as Amelia (Verdi Ballo di Mascera)  in Düsseldorf. Also she will be performing  the Role of Turandot ( Puccini,Turandot) again at the Opera Chemnitz.

In the Season 2018/2019 she will be performing the role of Tosca (Puccini, Tosca) the role of Santuzza (Mascagni, Cavaleria) and the role of the Witch (Humperdinck,Hänsel and Gretel) again at the Deutsche oper am Rhein, and she will also be singing the 3.Norn (Wagner, Götterdämmerung) in the last part of the Ring Premier in Düsseldorf. She will also be performing at the Oper Freiburg in the new production of Cesar Franck, Hulda, (Hulda) . Also performing on of her favorite roles, she sang the role of Bess (Gershwin. Porgy and Bess) at the famous Opera in italy, the Teatro del Regio Turino.

The season 2019/2020 she is returning back to her "Home" the Deutsche Oper am Rhein in Düsseldorf, to perform the role of Tosca (Puccini, Tosca) the role of the Witch (Humperdinck, Hänsel and Gretel) and 3.Norn in the Wagner,Götterdämmerung.

Unfortunatly due to the Coronavirus the scedule for the season 2020/2021 is limited from now untill the end of the year 2020, however fortunatly the Dt. Oper am Rhein has come up with an interesting variety of 1 to 1 1/2 hour operas, her part will be in the new production of Vissi `Arte, a homage to Opera and a smaller version of Humperdincks Hänsel and Gretel, where she wll be again performing the Witch.

Hopefully the season 2021/2022 will resume back to normal, she will be singing at her HomeBase the Deutsche Oper am Rhein an interesting project of the Weihnachtsoratorium from Bach, which will be arranged on stage with 12 Soloists and Chorus, in an intriging new production. Also she will be returning back as the Hexe in Humperdincks Hänsel and Gretel, and she will be singing the role of Santuzza again in the production Mascagni, Cavaleria/Pagliacci

She has also portrayed various Diva Parts in : Zigeunerbaron, Merry Widow, Giuditta, Csardafürstin and Fledermaus, and has recordings of  Lehar, Eva, O.Strauss, Pearls of Cleopatra and Kogelmann,Fear Death by Water. 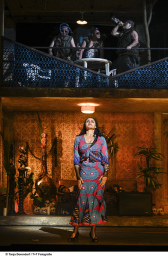